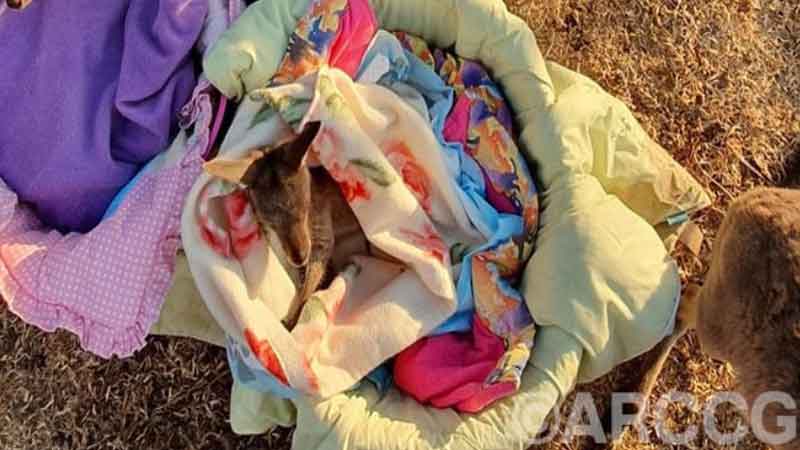 Lufthansa Cargo and ANA Cargo have jointly transported about two tons of relief supplies to Australia. Starting on 3 February, 2020 in Frankfurt, Germany, Lufthansa Cargo was responsible for the transport to Tokyo, Japan. From there, ANA Cargo took over the transport to Sydney, Australia. DB Schenker supported the project in logistics and took care of the collection of the donations.

On board were about two tons of self-made pouches and nests for Australian animal babies. These were handmade by helpers of the private initiative "Deutschland hilft Australiens Wildtieren!" (Germany helps Australia's Wildlife!). More than 20,000 animal lovers from Germany have organized themselves via Facebook to sew, knit or crochet nests and pouches according to directions of an Australian animal rescue organization. The textiles are urgently needed at the Australian aid stations for animal orphans and injured animals through the bush fire.