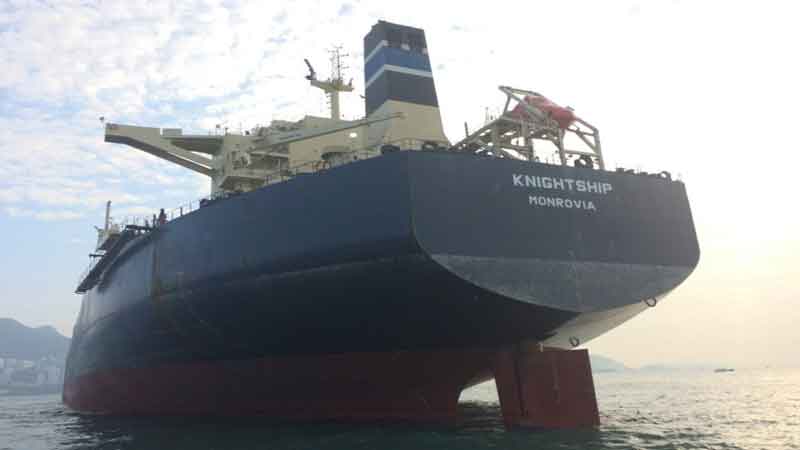 The M/V Knightship will be the third of the Company’s vessels time-chartered by ST Shipping and Transport Pte. Ltd., a fully owned subsidiary of Glencore plc, a leading multinational commodity trading and mining company. The M/V Knightship is following the M/V Premiership and the M/V Squireship, which were delivered to ST Shipping in the fourth quarter of 2019. The T/C will commence immediately upon completion of scrubber installation on the M/V Knightship, which is expected by the end of May 2020, and will extend for a period of 36 to 42 months1 . The daily hire of the T/C will be based on the 5 T/C routes of the Baltic Capesize Index (“BCI”).

The charterer will compensate the Company for 100% of the scrubber investment, including equipment and installation cost as well as for the associated off-hire days. In addition to the daily hire, the Company will be entitled to additional revenue (profit-sharing) above a certain spread between the price of High and Low Sulphur Fuel Oil throughout the term of the charter.

The charterer of the M/V Gloriuship, which is a major Asian dry bulk operator, has agreed to extend the initial 4 to 7-month T/C for an additional period of 10 to 14 months, commencing as of April 23, 2020. The daily hire is based on the 5 T/C routes of the BCI. Seanergy has the option to convert the contract from floating to fixed for a minimum period of three months under certain conditions2 .

“We are pleased to further expand our relationship with Glencore through a third vessel under a commercial arrangement that Seanergy has pioneered in the sector. Our unique expertise was developed through the previous five successful commercial agreements with three prominent dry bulk charterers.

Most importantly, following the delivery of the Knightship to the subject charterer, 70% percent of our fleet will be employed under index-linked time-charters. The relevant time charter equivalent of the Baltic Capesize Index has increased by 260% from its lowest point seen two months ago.

Based on the improving market fundamentals, as further driven by the worldwide economic stimulus offered to ease the Covid-19 impact, we believe that our fleet is well-positioned to capture the full upside potential of the rising trend in the Capesize market.”

MOL to use satellite communication service onboard ships

Diana Shipping announces sale and leaseback of a 2016-built Ultramax