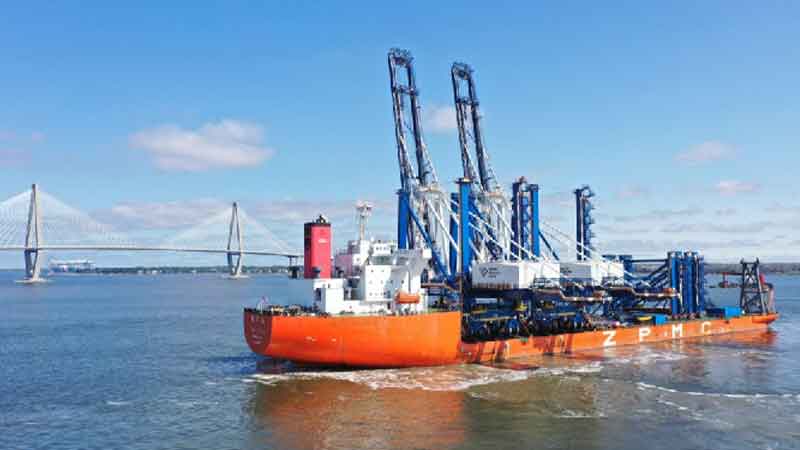 When the terminal opens in March, it will be outfitted with some of the tallest cranes on the East Coast. The cranes will have 169 feet of lift height above the wharf deck and an outreach of 228 feet, enabling them to work the biggest container ships calling on the East Coast.

The cranes, fabricated by Shanghai-based ZPMC, arrived at Columbus Street Terminal on the Zhen Hua 36 this afternoon. They are the first two of five ship-to-shore cranes to arrive for the Leatherman Terminal.

The cranes, which were disassembled for the journey, will remain at Columbus Street Terminal for about two days to be reconfigured to fit under the Arthur Ravenel Jr. Bridge.

They will then make their way up the Cooper River to the Leatherman Terminal. Upon arrival, the ZPMC USA team will erect, commission and test the cranes over several months before they become operational.

The cranes will then stand on the new 1,400-foot wharf, ready to load and unload cargo boxes from container ships when Phase One operations launch in March.

The Zhen Hua 24 is carrying the second shipment of three ship-to-shore cranes, as well as four hybrid rubber-tired gantry cranes. This shipment is scheduled to arrive Tuesday, Nov. 3.

“The arrival of our new ship-to-shore cranes for the Leatherman Terminal is an incredible moment for SC Ports,” SC Ports COO Barbara Melvin said. “These cranes will soon be working the largest container ships on the East Coast at our state-of-the-art container terminal. Our SC Ports engineering team, our great partnership with ZPMC, and the unmatched collaboration with our project partners have made this possible.”

Phase One of the Leatherman Terminal will have a 1,400-foot wharf, five ship-to-shore cranes with 169 feet of lift height above the wharf deck, and 25 hybrid rubber-tired gantry cranes.

The $1 billion Phase One of the Leatherman Terminal complements efforts to modernize Wando Welch Terminal and deepen Charleston Harbor to 52 feet. These investments will enable SC Ports to handle four 14,000-TEU vessels simultaneously in 2021. 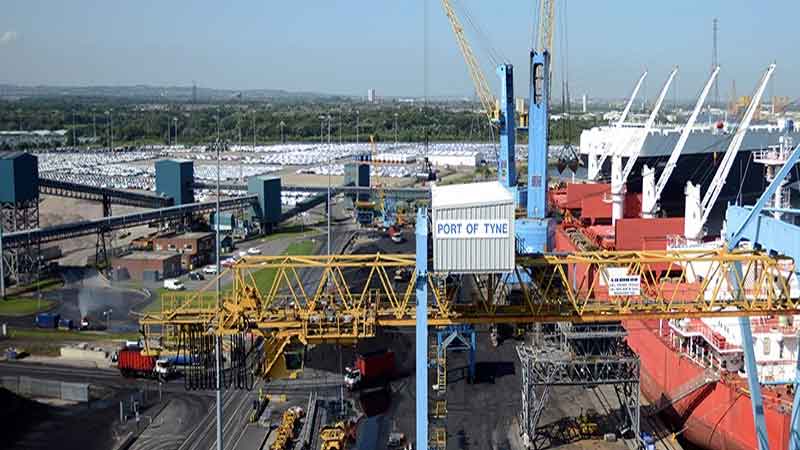 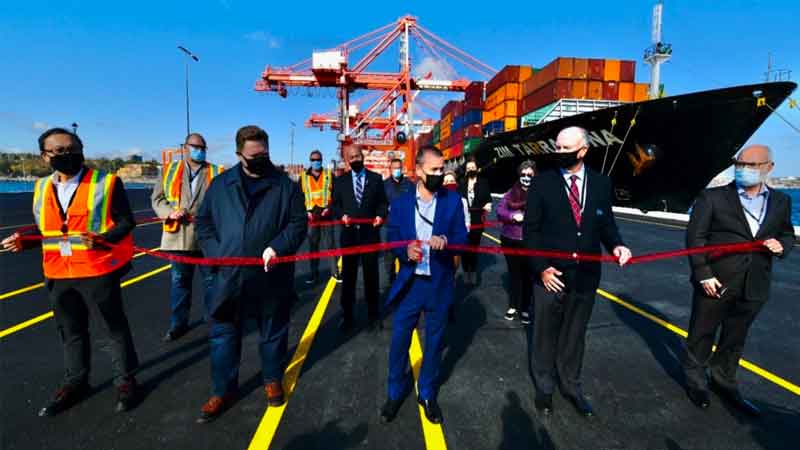 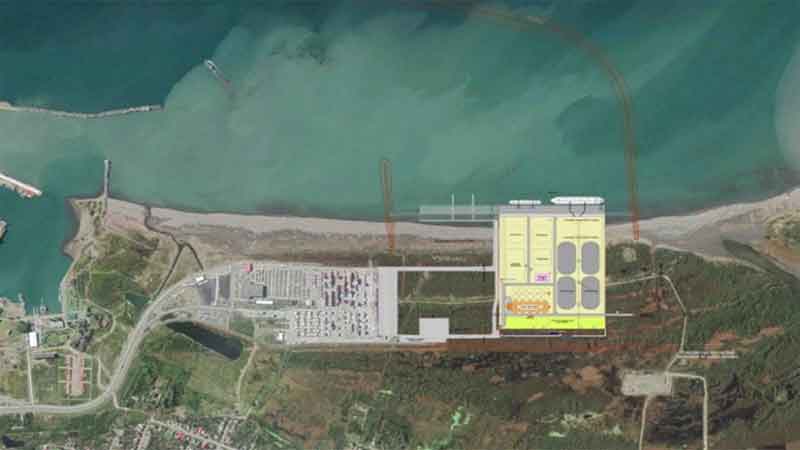 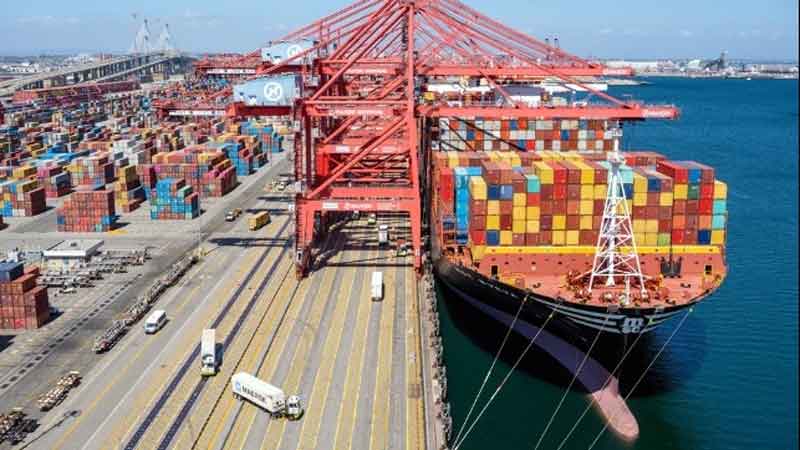