The agreement, worth over US$ 1.7 billion at list prices, takes the airline’s total order book to 200 wide-body aircraft.

HH Sheikh Ahmed bin Saeed Al Maktoum, Chairman and Chief Executive of Emirates Airline and Group, said: “Emirates is investing in new freighters so that we can continue to serve customer demand with the latest fuel-efficient aircraft. This order reflects Emirates’ confidence in airfreight demand and overall aviation sector growth. It lays the ground for our continued growth, which is driven by the reach of our diverse global network, the advanced handling infrastructure at our Dubai hub, and the tailored transport solutions that Emirates has developed to serve our varied customers’ needs.”

Stan Deal, President and Chief Executive Officer, Boeing Commercial Airplanes, said: “We value the trust that Emirates has repeatedly placed in its all-Boeing freighter fleet. The expansion of Emirates’ fleet with these additional fuel-efficient 777 Freighters will enable the airline to support its growing cargo market demand, transporting goods rapidly and efficiently from origin to destination in the Middle East and around the world.”

At last November’s Dubai Airshow, Emirates announced a US$ 1 billion investment to expand its air cargo capacity, including 2 new 777Fs which have already joined the Emirates fleet in 2022, and plans to convert 10 Boeing 777-300ERs into freighter aircraft. The aircraft conversion work is scheduled to begin in 2023.

Emirates was the launch customer for the Boeing 777 freighter. The versatile aircraft has since become core to the airline’s operations, operating scheduled and charter missions to destinations across six continents. The 777-F’s range and payload capabilities allow Emirates to efficiently transport time and temperature sensitive shipments from origin to destination - whether it is time critical goods, fresh products, medicines, pets, cars or champion racehorses. 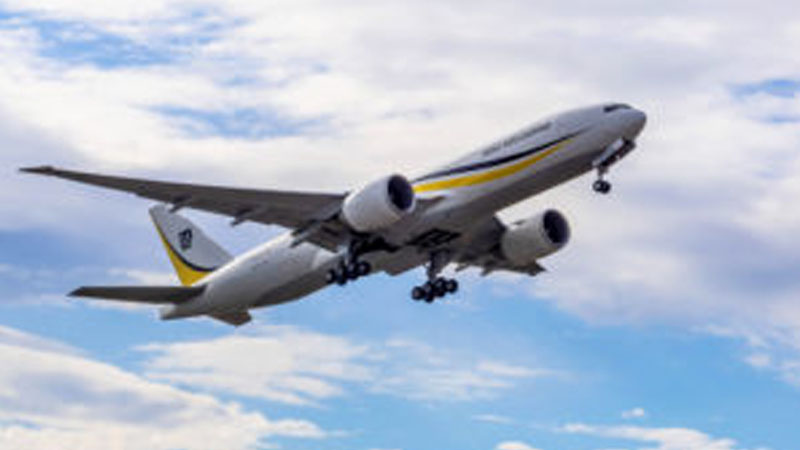 Alaska Air Cargo signs up for conversions with Boeing

STARLUX takes delivery of first A350

Ampaire receives order from MONTE for up to 50 Eco Caravans